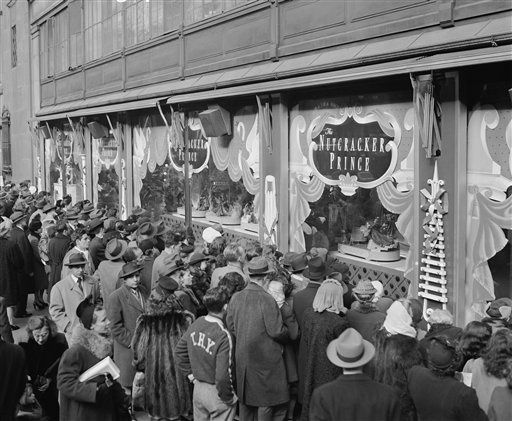 Thanks to the extraordinary events of this year, people are in greater need than ever of something to look forward to. It's no surprise then that Black Friday is likely to be the biggest shopping event of this year, under the current circumstances almost exclusively online. Over the years we've become accustomed to the term ‘Black Friday’ but do you know how it actually evolved?

The first use of the term ‘Black Friday’ did not apply to retail activities or consumerism at all. On a devastating and infamous day in 1869 on the New York Stock Exchange the U.S. Treasury intervened to prevent manipulation of gold prices by two Wall Street financiers. Gold stocks plummeted leading to an unparalleled financial crisis. Many fortunes were destroyed in a single day.

It was not until the 1950s, however, that the term ‘Black Friday’ slowly trickled back into public consciousness. When U.S. President Abraham Lincoln designated the Thanksgiving holiday as the last Thursday in November, the next day became the unofficial beginning of the Christmas shopping season. The timing was well calculated to ensure respectful observation of the Thanksgiving sentiment but all gloves were off for retailers almost as soon as the meal was done!

The use of the term 'Black Friday' however, seems to trace back to the disgruntled police officers of Philadelphia. They used it to describe the utter chaos, traffic jams and shoplifting incidents caused by the unprecedented influx of shoppers and tourists arriving at the same time for the annual Army-Navy football game.

By 1975, the term ‘Black Friday’, had been transformed into a positive and much awaited shopping event. The association of revenue putting retailers, large and small, 'in the black' made it vital throughout the U.S.

By the 2000s, the trend gained considerable momentum. First it spread across the U.S. and then the globe reaching Europe, South America and the Far East. Today, the 'Black Friday' concept has become an international phenomenon (sometimes known by other names in different regions).

The further evolution of 'Black Friday', thanks to online shopping, has created 'Cyber Weekend', 'Cyber Monday' and even 'Black November'. Retailers and Ecommerce businesses globally are under greater pressure than ever before to get 'into the black' thanks to the unique challenge brought by COVID-19. The digital evolution has been forced, and swift. There have been significant retail casualties and those that do not adapt now may quickly follow.

Want to know how we've helped some of our customers make that crucial evolution and get the best out of 'Black Friday'? Get in touch.

We use cookies on our website to give you the most relevant experience by remembering your preferences and repeat visits. By clicking “Accept All”, you consent to the use of ALL the cookies. However, you may visit "Cookie Settings" to provide a controlled consent.
Cookie SettingsAccept All
Manage consent

This website uses cookies to improve your experience while you navigate through the website. Out of these, the cookies that are categorized as necessary are stored on your browser as they are essential for the working of basic functionalities of the website. We also use third-party cookies that help us analyze and understand how you use this website. These cookies will be stored in your browser only with your consent. You also have the option to opt-out of these cookies. But opting out of some of these cookies may affect your browsing experience.
Necessary Always Enabled
Necessary cookies are absolutely essential for the website to function properly. These cookies ensure basic functionalities and security features of the website, anonymously.
Functional
Functional cookies help to perform certain functionalities like sharing the content of the website on social media platforms, collect feedbacks, and other third-party features.
Performance
Performance cookies are used to understand and analyze the key performance indexes of the website which helps in delivering a better user experience for the visitors.
Analytics
Analytical cookies are used to understand how visitors interact with the website. These cookies help provide information on metrics the number of visitors, bounce rate, traffic source, etc.
Advertisement
Advertisement cookies are used to provide visitors with relevant ads and marketing campaigns. These cookies track visitors across websites and collect information to provide customized ads.
Others
Other uncategorized cookies are those that are being analyzed and have not been classified into a category as yet.
SAVE & ACCEPT
Powered by